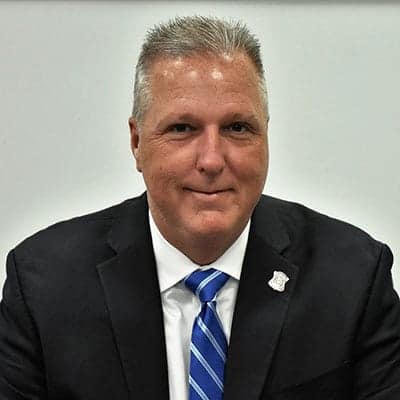 Michael Leary was appointed as a Boston Police Officer in January of 1991. He was assigned to East Boston, District A-7, out of the Academy and remained there throughout his career. Thanks to his father, Michael had a strong interest in union business and in 1998, he became District A-7’s first half BPPA representative. Over the years he became more and more involved; serving on both the grievance and bargaining committees, was elected Vice President in 2014, and became President in 2017. Michael earned his Master’s Degree in Criminal Justice after going back to school in 1999. Michael is the proud father of four children. He was born and raised in Boston where he still lives with his wife and two dogs.